I had 2 procedures done almost a month ago and this was the “Greatest Gift” I could give myself. It hasn’t even been quite a month but already I look 20+ years younger to most people that do not know me can’t believe my actual age. No “tell tail” aging signs of drooping cheeks, lines going down from my lips to jaw, no severly wrinkled neck (looks like a 20 year old’s neck). And the procedure helped so many other issues as well which was a added “bonus”.
My first experience with Doctor Phan was not what I expected. I felt really comfortable immediately with both he and his staff. Their office was so impressive. He had an operating room that was far more impressive and much more immaculate than any hospital I have ever been to. You could feel the confidence that Dr. Phan and his staff had in his ability which gave me the confidence that I was in good hands. Dr. Phan was very considerate of “patient privacy” and in doing so I was never in the waiting room with another patients. With almost no waiting time. I would have felt uncomfortable if I saw someone I knew or had been stared down by someone wondering what procedure I would be getting. The patient elevator was right outside the door for added privacy.
Dr. Phan was totally different from what I experienced from my Dematologist. He did not push me to get certain procedures done, or to buy any products. He made suggestions and the ultimate decision was my choice. It was never about money, he sincerely wanted to make me beautiful and was so enthusiastic about accomplishing just that. He also wants his patients to look “natural”, no giant puffy lips, no cheeks that want to explode, not like the horror stories shown on television. He really sincerely cares.
The surgery went smoothly as expected. He made no effect to cut corners, there were at least 3 or 4 in the operating room from an Anesthesiologist to nurses besides him for the lengthy surgery. I felt “Nothing” at all. My makeup was back on the next day. I am terrified of shots from needles but Dr. Phan and his staff gave me so much moral support that I pretty much had no fear.
Ultimately it was the best decision I have ever made after 3 decades of raising my children and not ever doing anything special for myself. It would not have been possible if it wasn’t for Dr. Phan, I can not thank him enough. It was a small price to pay to turn back the clock over 2 decades.
Thank you Dr. Phan & Staff 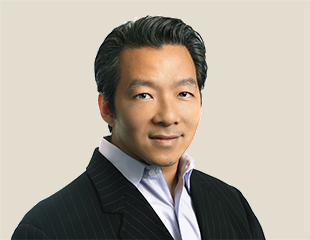